Undertaking a pay equity audit at your business 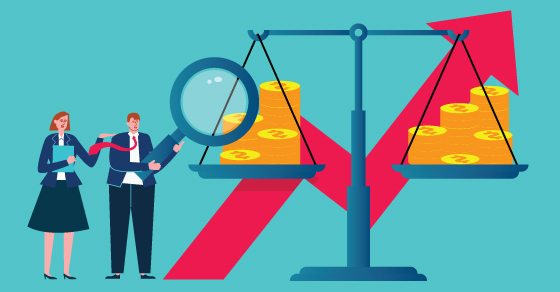 Pay equity is both required by law and a sound business practice. However, providing equitable compensation to employees who perform the same or similar jobs, while accounting for differences in experience and tenure, isn’t easy. That’s why every company should at least consider undertaking a pay equity audit to assess its compensation philosophy and approach.

The federal Equal Pay Act requires employers to provide men and women with equal pay for equal work in the same establishment. The jobs don’t need to be identical, but they should be “substantially equal.” Moreover, it’s not job titles, but job content — including skill, effort and responsibility — that determines whether jobs are substantially equal.

Many states have enacted their own equal pay laws, some of which are more stringent than the federal legislation. California, for example, requires employers to pay employees the same wage rates for “substantially similar work,” a larger umbrella than “same or similar jobs.”

Some other countries have also introduced laws around pay equity. The United Kingdom, for instance, requires some public companies to annually disclose the ratio of their chief executive officers’ pay to the lower, median and upper quartile of their employees’ pay.

In addition to helping to prevent legal woes, pay equity can offer bottom-line benefits. A company’s commitment to equitable pay can enhance its employer brand, boost employee morale and performance, and reduce the risk of negative publicity.

The purpose of a pay equity audit is to:

Although the process can be quite involved, it’s typically worth the effort.

First, assemble participants from multiple departments — including HR, legal, and finance or accounting — to collect data on employee compensation, job classifications and demographics. This cross section of participants also will help ensure buy-in across the business.

The next step is determining how to group employees. That is, which ones will be considered to have substantially similar roles and, thus, should fall within the same pay range?

Some number crunching will come into play. For smaller employee groups, an analysis of, for example, differences in median pay between groups of employees might be enough to identify any unwarranted disparities. With larger groups, you may have to conduct more rigorous statistical analyses. For example, regression analysis can help control for variables, such as employees’ experience levels, when examining disparities.

Over the past year, many workers have made it abundantly clear that they’ll leave a job if any of several employment components isn’t to their liking. Compensation is certainly one of these. Our firm can help support your efforts to conduct a pay equity audit.